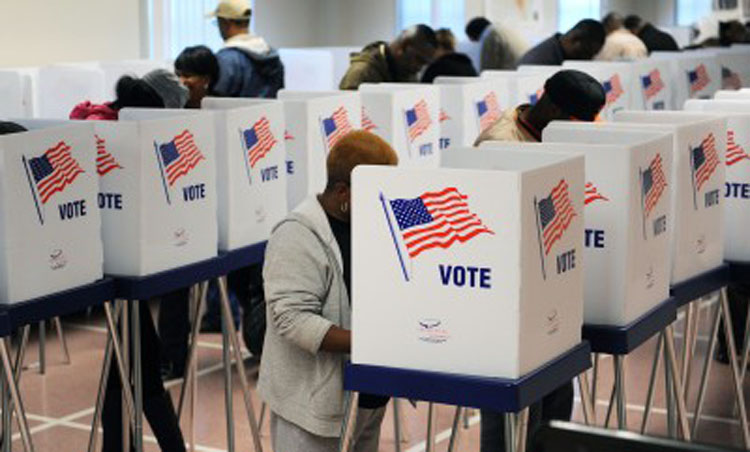 It’s election time, as if you didn’t know, which means that it’s also election scam time. Crooks are posing as pollsters, election officials and fundraisers in a bid to trick you into giving them money or confidential information. Here are the 4 most common scams regarding elections.

In the closing stages of the run-up to the elections, look out for election scam tricks that have nothing to do with political arguments but everything to do with the money in your wallet. Law enforcement officials in various parts of the country have reported a number of incidents, mainly involving bogus campaign fund collectors.

It’s a simple trick: You get a call from someone claiming to be from one of the political parties, election committees or even supposedly representing a named candidate, not just for the Presidential election but also for Federal, state or local campaigns.

It may seem to be genuine, and political groups are excluded from the provisions of the Do Not Call Registry, plus the caller may know your party affiliation if you have one. It is also very easy for a scammer to spoof a caller ID that makes you think they are who they say they are.

Unless you know them personally, you just can’t be sure so don’t give them your credit card details, or you could be setting yourself up to become an ID theft victim.

Do one of two things instead. Get their phone number, check it with the phone book or online, and then call them back, if you want to donate this way. Better yet, if you want to support a particular candidate or party, call in at the campaign or election office, phone them directly or mail them a check.

Another election scam that has cropped up in a few states is a hoax that claims you need to re-register if you haven’t voted since the last Presidential election. Email and Facebook postings claim that names of non-voters have been taken off the voter list. This is not true. It would be illegal to do so. This just seems to be one of those urban legends that has been passed around; there doesn’t seem to be any other motive.

On the other hand, crooks have been exploiting voter uncertainty about their entitlement by phoning them on the pretext of checking their eligibility to vote. There have even been one or two isolated incidents where crooks actually called at people’s homes and requested information. Since public officials already have the voters list, they would have no reason to do this. Even if they did, they would certainly never ask for Social Security numbers, which is what the scammers have been doing.

But if you have any reason to think such a call might be genuine, don’t give out the information but instead contact your County Elections Office or your state Elections Division. And remember, you can’t actually register to vote over the phone. If someone says you can and offers to take your details, it’s an election scam.

Everybody’s trying to guess the outcome of the Presidential election and many people have a view on some of the central issues being debated in the political arena at the moment. Enter the phony pollster claiming to be conducting a survey on behalf of one of the parties, a polling organization or even the news media.

They usually choose a hot topic that’s currently making the headlines to make it seem like a legitimate survey. And just to ensure your cooperation, they offer a reward like free cruise tickets if you answer all their questions. If you hesitate or say you want to check their credentials, they try bullying tactics telling you the free tickets are only available if you answer their questions right now.

Those survey questions usually turn out to be quick and quite shallow because it’s the cruise offer that’s the scam. After completing the survey, victims are told their tickets will be sent to them but, first, the caller needs credit card details to cover port charges and taxes. Gotcha!

The fact is that legitimate pollsters don’t offer prizes like this, and they would never ask for confidential information like bank account and credit card details. Beware too of the possibility that scammers might even still try this trick after the elections are over, pretending to seek your opinion on the result.

Finally, watch out for phone texts or calls that say you can vote by phone in the forthcoming elections. You can’t. The motive seems to be to try to stop groups of people from voting at all in an attempt to influence the outcome of an election. It is illegal to try to trick people out of casting their votes.

No matter what your political views or your enthusiasm (or lack of) for the elections, we all share one thing in common: We’re all potential targets for the scammers. No doubt the November 6 poll will have its moments of high drama. Just make sure that you, as a victim of an election scam, are not one of them.

Helping Homebound Seniors Fight Boredom and Isolation in a Quarantine

Thank You Friends for Your Support of Our Caregivers and Clients